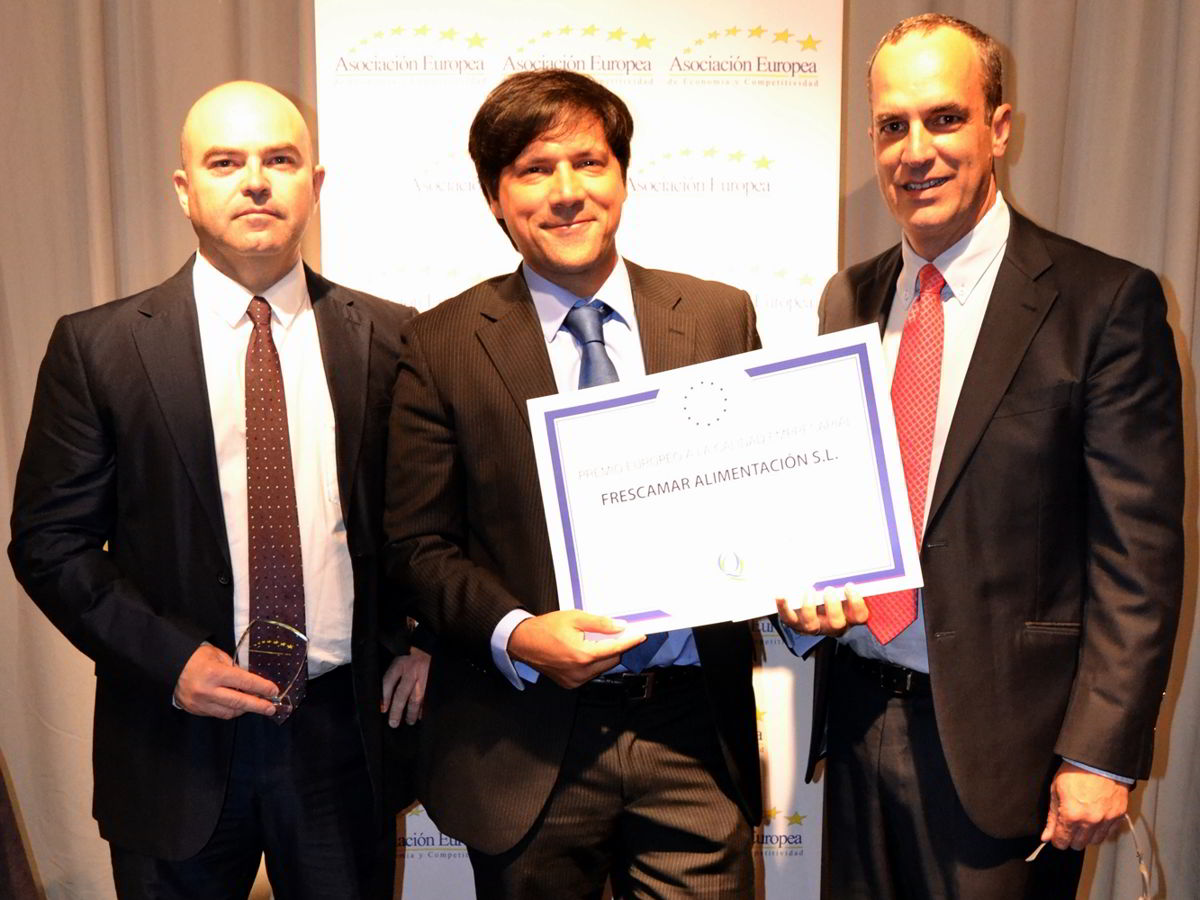 The European Association of Economy and Competitiveness (AEDEEC) has awarded its European Award for Business Quality to Frescamar Alimentación in a ceremony in which the work of leading companies in various fields has been acknowledged.

The organization has appreciated its competitive results, its contribution to the improvement of processes in the field of R + D + i, as well as the fact of acting ethically towards society and environment.

Notes which identify this aquaculture company and which are reflected in each of its products, among which we find Corvina REX as a star product of its offer.

During the gala, presented by television journalist Santi Acosta, the importance of total quality plans, in which achieving competitive results and leading the market go hand in hand with customer satisfaction and sustainability, has been emphasized.

Along with Frescamar, other companies from different sectors such as Cuadernos Rubio, emblematic company that has accompanied several generations of schoolchildren with their didactic notebooks and has 60 years of history, have received the award.

Logistics, leisure, technology, design or energy were other of the categories acknowledged by this European Award for Business Quality. In the case of Frescamar, the prize was welcomed with satisfaction by its director of quality and environment, Gabriel Rodríguez, and its manager of processing plant, Antonio Martínez.

At the event, the path of Frescamar and its processing capacity was also highlighted: 20,000 tons per year counting all different species.

AEDEEC was created to promote and recognize the promotion of good business development within the European framework.

Its president, José Luis Barceló, directs this association that has an Honor Council made up of professionals and prominent businessmen such as Enrique Cerezo Torres, president of Atlético de Madrid; Kike Sarasola, founder of Room Mate Hotels; José María Gay de Liébana, PhD in Economics and Law and Professor at the University of Barcelona and Juan José Enríquez Barbé, Dean of the Economists Association of Valencia.