Altaviana’s students discover all the benefits of Corvina REX

Home | Altaviana’s students discover all the benefits of Corvina REX 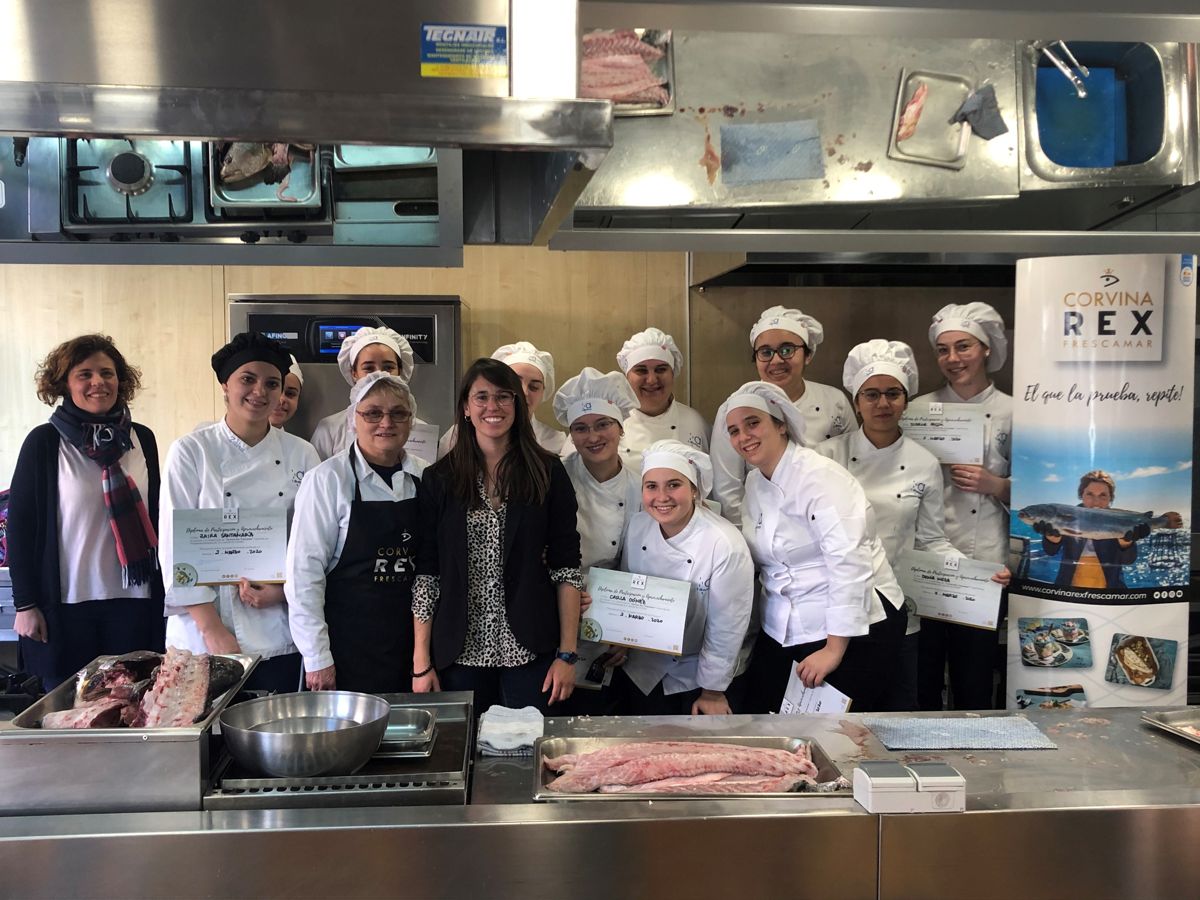 The Altaviana vocational training center received a visit from the Corvina REX promoting team to offer its students all the relevant information concerning this species.
Thus, in the course of an interesting masterclass, which took place throughout a whole academic morning, the attendees discovered the benefits and features of a fish which leaves no one indifferent.
The versatility it offers both in elaborations and cuts (fillet, slice, loin, taco …), the little tips for handling it (how to scale, remove the skin …) and its morphological characteristics were some of the aspects discussed during the master class .
Among the latter, stood out the explanation about the yellowish hue that Corvina presents around the mouth and inside the operculum; a distinctive coloration of the species which has earned it the name of “Boccadoro” in Italy.
But, undoubtedly, along with the skill of the professional cutter of the Frescamar plant who attended the school to show the manipulation of the piece, the legend of the otolith was what most caught the attention of the attendees.
Through a little game, the young women had to answer some questions about Corvina REX to get the coveted treasure considered by many to be a true good luck charm (see article on the legend of the otolith).

The pupils, students of Higher Degree in Kitchen Management, put all this into practice some days later, as they prepared a ceviche in class. Plus, they received a small recipe book w ith other culinary proposals with Corvina REX as the main ingredient.

Since 1974, Altaviana has been dedicated to training women to help their promotion and insertion in sectors such as hospitality, catering and tourism.
It is a center known for betting on people and, therefore, personal development is as important as its culinary training. Boosting women’s talent is one of its main goals.