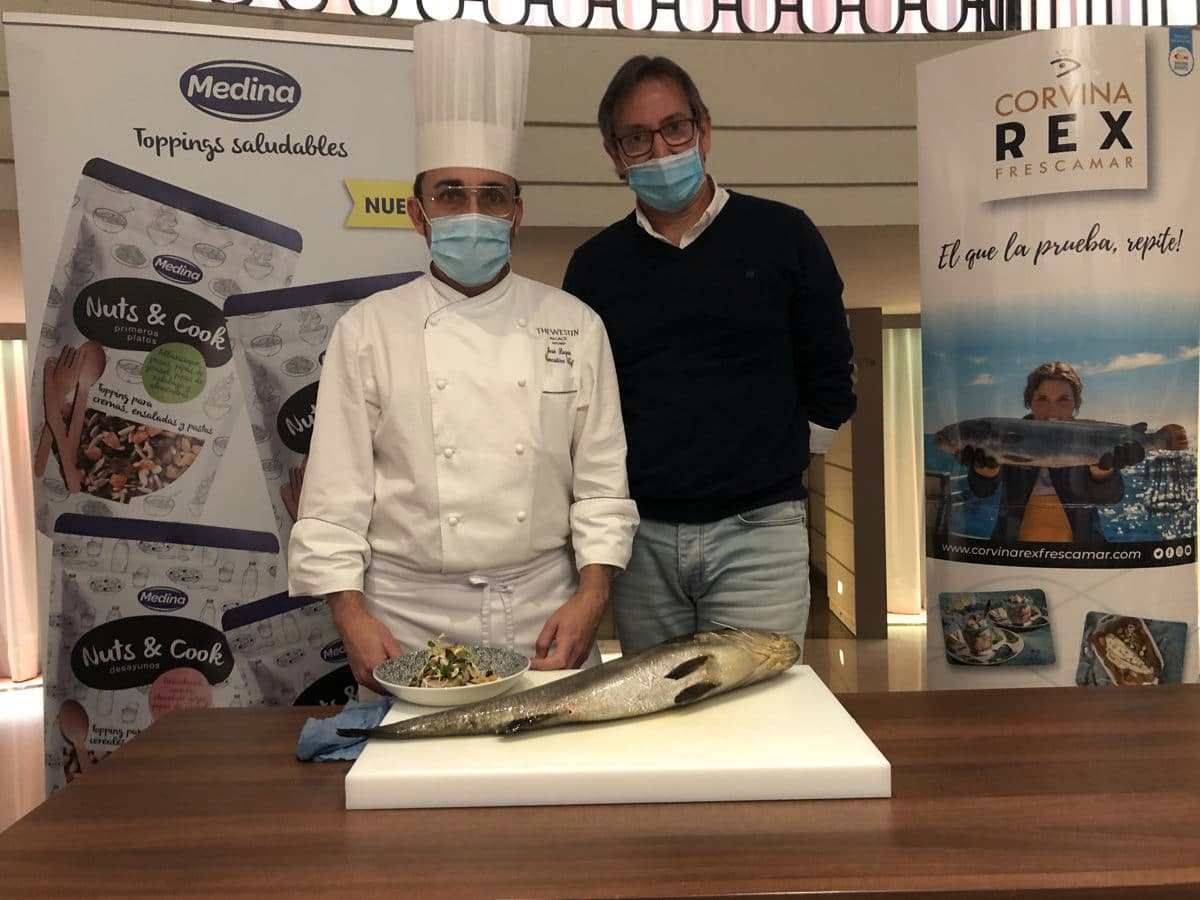 Every season, a prestigious hotel in Madrid hosts the “Healthy Gourmet Seasons”. Some meetings organized and presented by the communicator Pilar Carrizosa who, in its winter edition, have had Corvina REX among the main ingredients.

The Westin Palace has been the setting for the long-awaited presentation and its executive chef, José Luque has been the responsible for masterfully preparing the three dishes that made up the “2020 Christmas Vitamined Menu”.

The common denominator of the participating products is always their quality and their healthy side, but this year, more than ever, originality has acted as a common thread since the proposals perfectly combined flavour, health and uniqueness.

This is the case of the recipe made with Corvina REX in which the grilled fish was presented, seasoned with Himalayan salt -from Near Food- and topped by an attractive mix of nuts from the Nuts & Cook range of Aperitivos Medina based on hazelnuts, dehydrated cranberries, dried apricots and coconut.

All this accompanied by an extra virgin olive oil bun from the Jaen brand Coosur with which the interesting nutritional contribution of this original proposal was completed.

The sea has been present not only through Corvina REX, protagonist of the main dish, but also in the starter of this vitaminized Christmas menu that consisted of a unique “sea and mountain” proposal based on oysters and cured meat from León IGP of ” El Abuelo Maragato ”, Cecinas Nieto’s premium line.

The dessert, a sparkling wine made with organic coconut milk from the German firm Dr. Goerg, added a sweet note to the day.

The attendees, mainly food journalists and cooking bloggers, have shown great interest in the presentations made by the representatives of each of the food brands.

The cultivation of Corvina REX and its characteristics have focused most of the consultations and all have agreed that it is a less popular species than sea bream or sea bass but that little by little it is conquering the kitchens of individuals and professionals with its flavor , freshness and versatility.