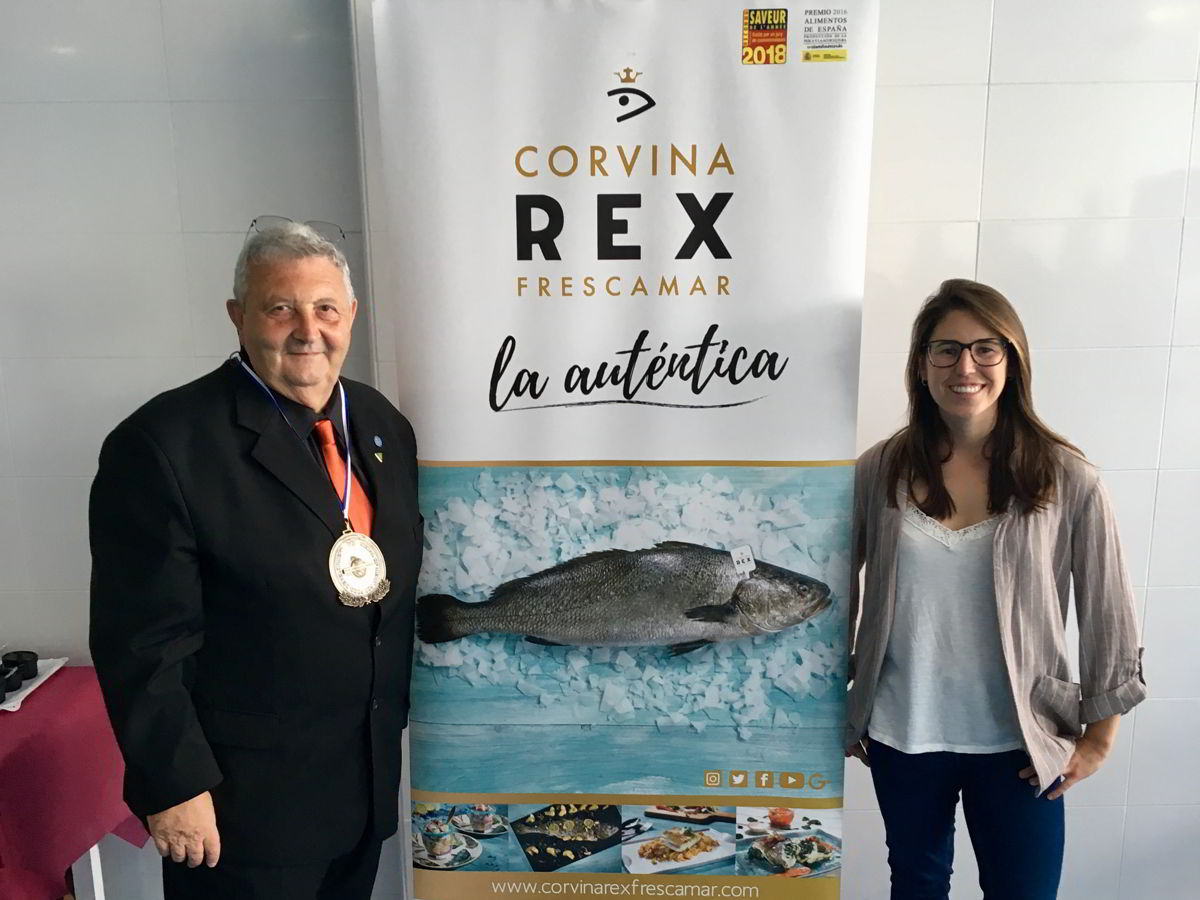 Mediterranean Culinary Center (MCC) has released its new image and naming in an event with a great interest to its students.

One of the world’s leading aquaculture experts, Roy D. Palmer, has offered a masterclass that he himself has called “the silent revolution of our era.”

Palmer stressed in his speech the unstoppable evolution of aquaculture as well as the enormous potential of the Valencian Community in the field of global aquaculture.

Of course, mariculture products were the stars of the cocktail that has been offered to attendees after the masterclass.

Thereby, the three species marketed by Frescamar have become the main ingredient of the elaborations of future chefs who are currently training in MCC.

They prepared three recipes -all very tasty- that have revealed the infinite qualities of fish aquaculture: Corvina REX Paella (prepared by the paella specialist chef Manuel Lujan, representing ACYRE CV), Seabass All i Pebre and Seabream Taquito with honey all i oli and lemongrass.

New stage with Corvina REX next to the future chefs

The previously called Centro Superior de Hostelería del Mediterráneo (CSHM), opens with this important meeting a new stage full of gastronomic projects in which the company Frescamar and its flagship product, Corvina REX, will continue providing full support thanks to the collaboration agreement signed by both entities.

As a result of this agreement, students and trainers of the culinary center recently visited the facilities that Frescamar has in the municipality of Burriana (Castellón).

Both their processing plant and their marine farming centers – which they approached in a boat – aroused great interest among the young promises of the kitchen.

The visit brought them even closer to this traditional Mediterranean species recovered through aquaculture and enhanced through the brand Corvina REX Frescamar.

Medal of Honor for Roy Palmer

During the event, Roy Palmer received the Medal of Honor from the World Gastronomy Institute, the culinary world’s most prestigious organization linked to the Mediterranean Culinary Center, which allows the students to obtain a double degree.

Roy D. Palmer is president of the Association International Seafood Professionnals and Aquaculture without Frontiers organization.

He was co-director of the World Aquaculture Society (WAS) and president of the Asia-Pacific area within this accredited organism.

He has almost half a century of experience in the international trade of products from aquaculture and he has actively participated in the Global Gap Alliance, Gills, BioMarine and Oceans World Bank, among others.

Video of the visit to Frescamar facilities: