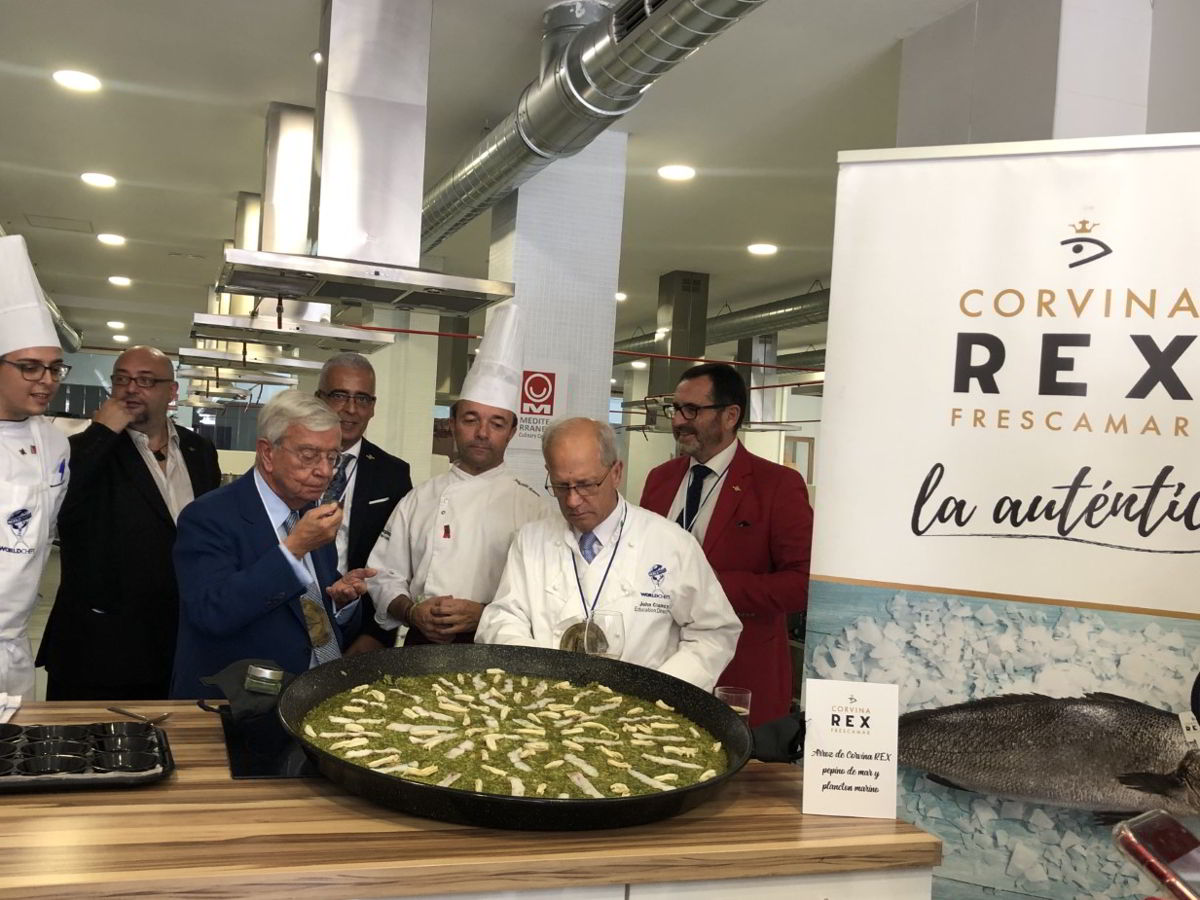 The opening of the new academic school year of the Mediterranean Culinary Center (MCC) could not have better sponsors than: the president of the Royal Academy of Gastronomy, Rafael Ansón, chef John J. Clancy and Corvina REX as the main ingredient of the tastings offered.

The event, presented by the director of the school, Enrique Niñerola, and the executive vice president, José Manuel Iglesias, were attended by other personalities in the field of gastronomy and tourism, both national and regional.

All of them have wanted delight the students at the start of the school year, especially the sponsors of the event, Rafael Ansón and John J. Clancy, who have dedicated some very motivating words for the large group of students of Middle and Higher Grade.

The ceremony has culminated – as it could not be otherwise – with culinary elaborations full of flavor and originality.

Among them, the star dish has been a rice with Corvina REX, sea cucumber and marine plankton, the work of chef Álex Such, culinary director of MCC, in collaboration with chef Sebastián Romero, president of the Professional Association of Chefs of the Valencian Community.

Regarding the pairing, an exclusive cocktail has been highlighted, officially presented at this event and named as  “Mediterranean Black Velvet”, made with a base of   “Agua de Valencia” (characteristic cocktail of the city) and Guinness black beer.

The Mediterranean Culinary Center is characterized by being the Valencian hospitality school with the greatest national projection and international recognition.

All this due to the bond with the prestigious World Gastronomy Institute and the exclusive Worldchefs academy.

Students who study at the MCC earn a double degree because, together with their official Spanish degree, they are awarded the “International Chef Degree” diploma that completes their qualification for the labor market.

In addition, through the agreement signed between the school and Frescamar Alimentación, the new chefs finish their training with extensive knowledge about Corvina REX thanks to the master classes gave by the professionals of the aquaculture company.