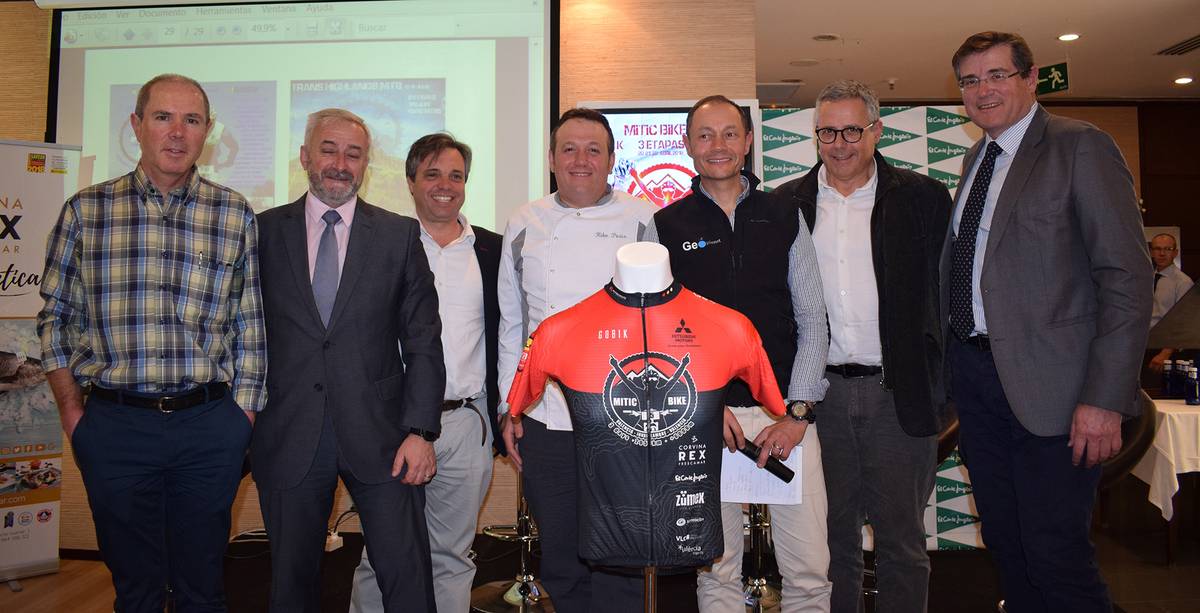 Thus, its General Manager, Tahiche Lacomba, was present at the press conference in which the details of the itinerary that will bring together again the city of Valencia and the Javalambre peak during three intense stages were specified.

El Corte Inglés, which hosted the meeting at its Avenida de Francia store in Valencia, joins the sponsors of this attractive competition to be held on the next April 20th to 22nd.

After the informative meeting, a Wine of Honor was served in which the attendees could enjoy Corvina REX ceviche elaborated by the chef of the race, Kike Peris.

The brand already shines in the official jersey that participants will soon be able to pick up, but this will not be the only place where Corvina REX will glow because, as last year, it will be the main ingredient in the provisioning that will give energy to all the participants during the race.

During the presentation Apolo Esperanza, Mitic Bike Sports Manager, highlighted the importance of the sponsors and collaborators. Additionally, he emphasized the value of the involvement of the City Councils of the towns through which the race takes place to improve logistics and security year after year and therefore consolidate such a significant sporting event

One of the novelties for this second edition has been the initiative of Banco Mediolanum and Geo-Planet (organizer of the event) who wanted to encourage female participation in the event by offering five free registration fees for women who dare to participate.