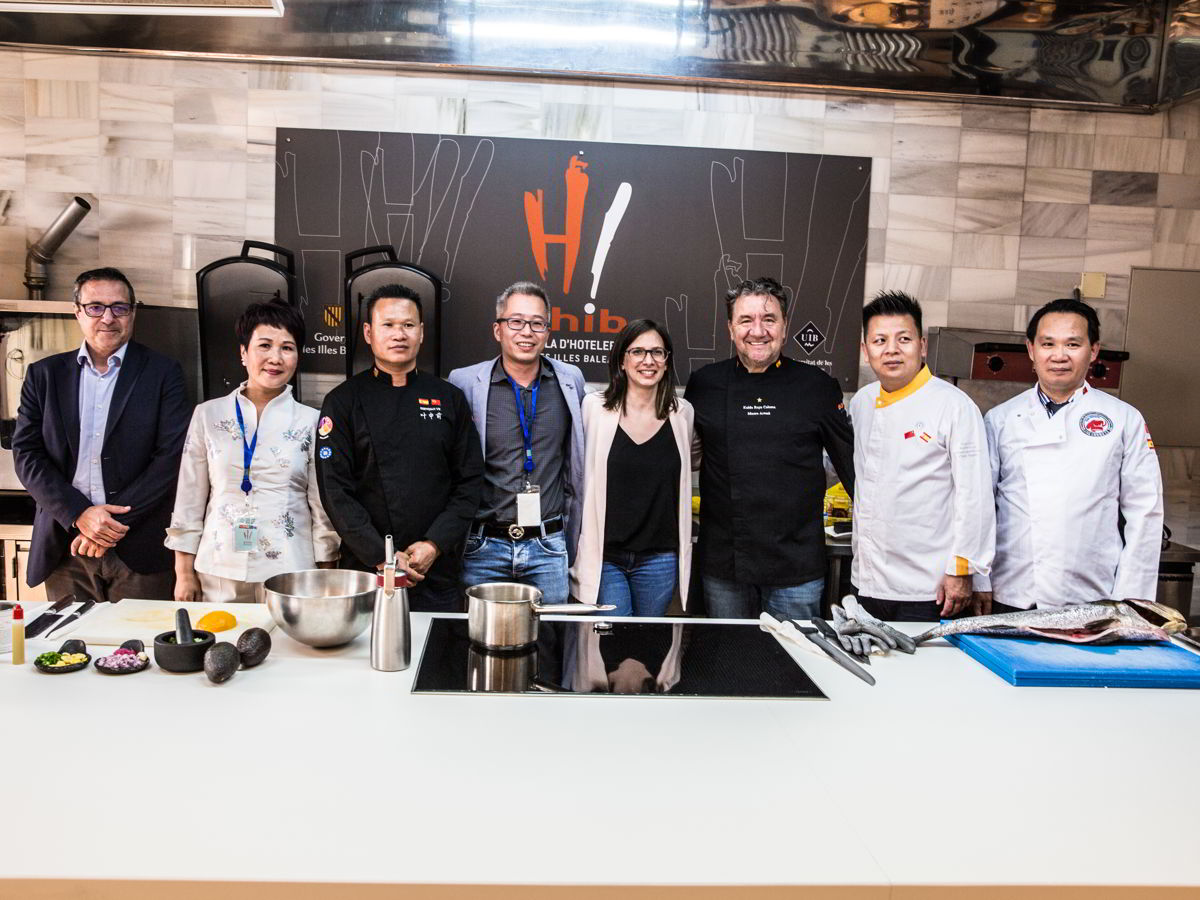 As the result of the collaboration agreement signed by the Association of Cooks Settled in the Balearic Islands (ASCAIB) and Frescamar, a workshop has been celebrated with Corvina REX as protagonist.

The training celebrated at the School of Hospitality of the Balearic Islands, has included a theoretical introduction on the specie by staff responsible of Frescamar and one showing of cut impart by the staff from Xutipesca, distributor of Corvina REX in the Balearic Islands.

The chef Koldo Royo, director of the association, has been at the front of the showcooking with which the day has culminated and where have emerged recipes such as lychees filled with Corvina REX or Corvina REX with bittersweet sauce.

Igor Rodríguez, Carlos Hubert, Jonay Hernández and Shenqian Ye, have performed the master class cooking that have been followed with great attention the almost one hundred attendees.

The big audience, that included chefs that arrived from different points of Spain, has also included a big representation of chefs from Asian origin thanks to the collaboration of ASCAIB with the Association of China-Spain Gastronomic Exchange for the Balearic Islands.

Its president, Shenqian Ye, is also the ambassador chef of ASCAIB for China and counted with the collaboration of Víctor Chen at the time of the intervention in the showcooking.

Chen represents the Association of China-Spain Gastronomic Exchange in Catalonia and both chefs have expressed in their creations the perfect communication between these two cuisines.

Corvina REX has been the inspiration and thread of a workshop in which the versatility of the Corvina has been demonstrated, as much in cuts and in elaborations.

The success of this first workshop is the first of many that will mark the collaboration between ASCAIB and Frescamar.

At the end of November, the Balearic Association will collaborate with the Federation of Cooks and Confectioners of Spain (FACYRE) to organize the sixth edition of the National Contest of Gastronomy and Corvina REX will be again one of the main ingredients.